How the Lamborghini Miura P400 challenged Ferrari in 1966 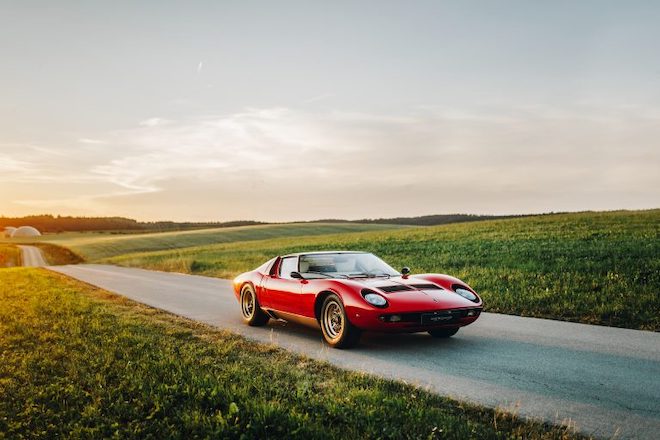 Sharing its name with fighting bulls from Seville and giving Ferrari a run for its money, the Lamborghini Miura P400 is in the words of Ferruccio Lamborghini, “for the keenest sporting driver who wants the ultimate in looks and performance.”

Indeed, though Ferruccio Lamborghini started challenging Ferrari in 1964 with his 350GT, it really was the Miura P400 which arrived on the supercar scene two years later that established the company as a major manufacturer for sports cars.

“the Miura is for the keenest sporting driver who wants the ultimate in looks and performance.” 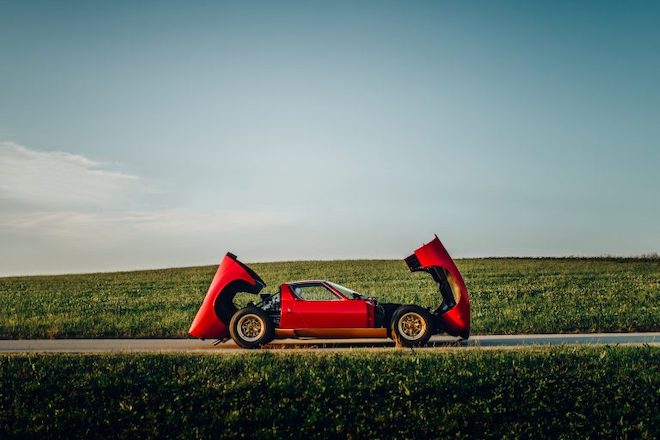 How the Lamborghini Miura P400 challenged Ferrari in 1966

Only three years after the first Lamborghini debuted at the 1963 Turin Motor Show, the Miura was slowly unveiled to the public, making its first debut as a rolling chassis during the Torino Motor Show in 1965 and then, during the 1966 Monaco F1 week, there it was – Miura number 1 quietly parked on the Place du Casino. It didn’t need to generate buzz, all eyes were already on this magnificent beauty. 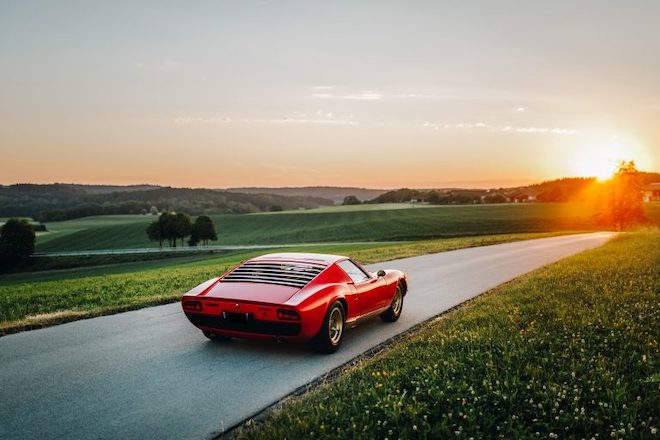 Lamborghini before the Miura P400

Before the Miura P400, Ferruccio had already established himself as a successful industrialist when he famously took on Ferrari for looking down on him, with a series of grand tourers: the 350 GT and 400 GT. These Lamborghini grand tourers laid the foundations for the Miura. Using the V12 engine designed by Ferrari engineer Giotto Bizzarrini, the Lamborghini Miura P400 took something which initially produced 360 bhp and enlarged it to 3929cc with 385 bhp by using a single aluminum casting that combined the cylinder blocks, crankcase and transmission. 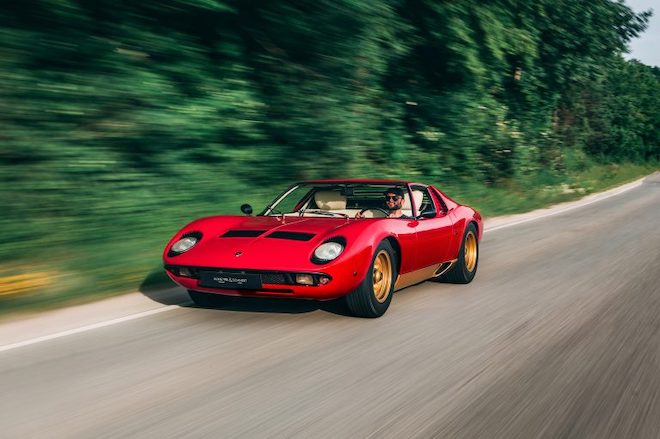 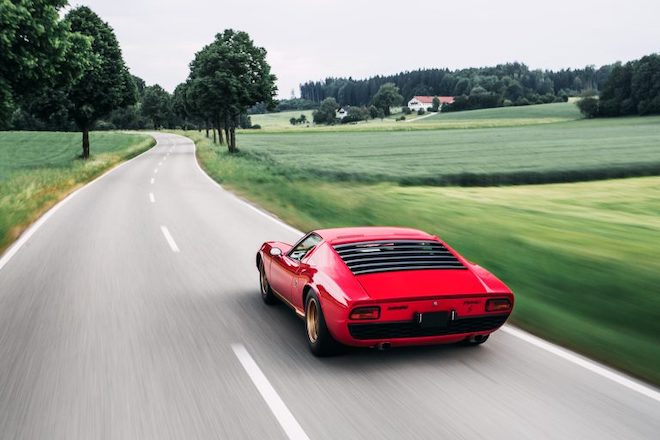 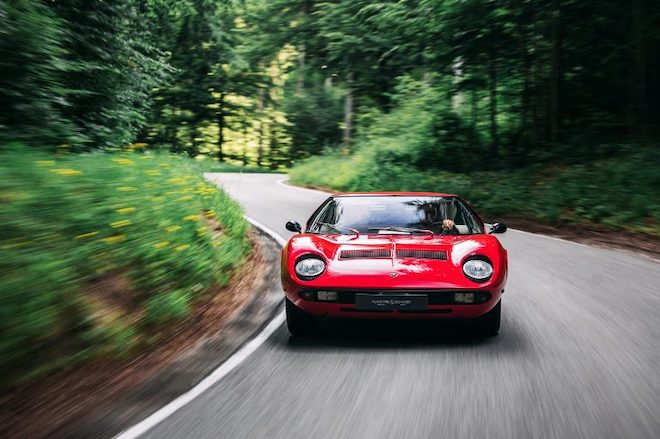 While the Lamborghini Miura P400 looks like a race chassis, Ferruccio himself never catered for these expensive “vanity” projects, codifying his wishes in company’s bylaws that prohibited the expense of racing development; that said, he nevertheless did take inspiration from race cars themselves, wanting to build road cars pushed the envelope much in the same vein as race cars. To that end, Gian Paolo Dallara and his assistant Paolo Stanzani took inspiration from the Lola GT, designing a unique steel tub chassis that placed the V12 engine directly behind the driver in a transverse position. They were inspired by both the Lola GT, a race car developed by Eric Broadley.

Auxietre & Schmidt collector’s car market is offering a Lamborghini Miura P400, the purest  model. Chassis number 3420 – with matching engine 1802 – this P400 left the production line on 28th March 1968 and was supplied to Grand Garage des Nations in Switzerland where it was sold to its first owner, Mr Del Amo, who promptly crashed it and it was written off. Mr Amo was given a new car by the factory on 27th September 1968 and in order to avoid tax issues, the factory reassigned the new car with the initial identity of the car, chassis 3420 and engine 1802, proven by period factory records. 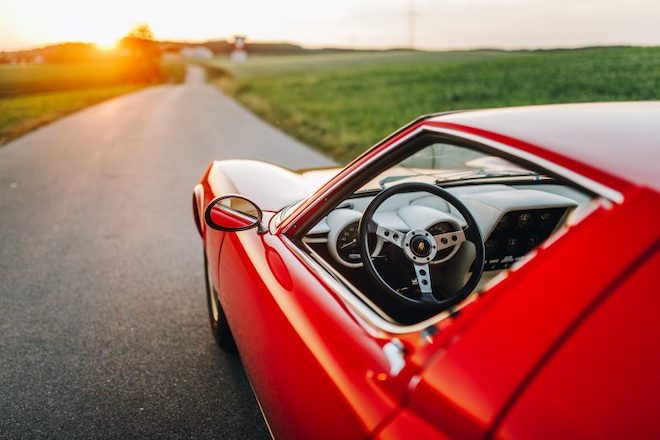 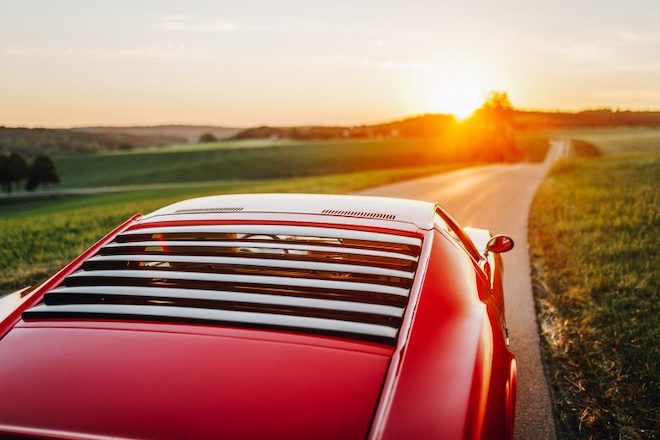 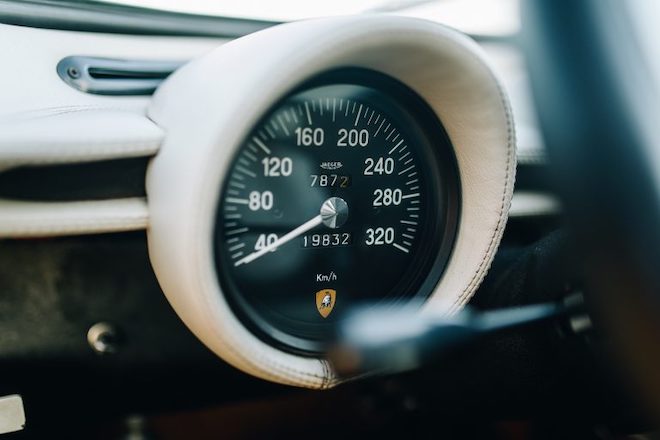 In its early years the chassis number 3420 Lamborghini Miura P400 passed through Germany, as evidenced by a complementary chassis plate which was then required upon registering a foreign car in the country and later during the late 80s the car was purchased and imported by Seaside Garage in Japan, who were back then renowned for having brought a great number of Lamborghini’s in the country. The Lamborghini Miura P400 with a colour palette of Bianco (white) with Senape (mustard) interior was sold to the world-famous Matsuda collection in Tokyo.

Symbolic Motorcars acquired the car from Yoshiho Matsuda in 1994 and sold it to another Californian dealer where it remained until early 1996. It was subsequently purchased by Thierry De Mascureau, a Californian-established entrepreneur and classic car enthusiast from France who had it restored to Rosso Miura Acrilico by specialists Avio Coach Craft in Los Angeles. 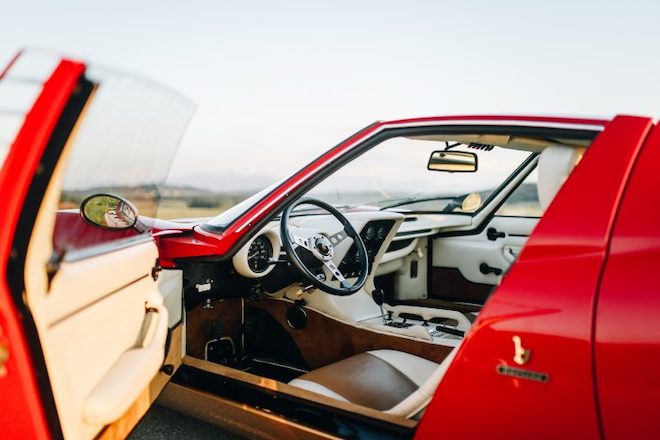 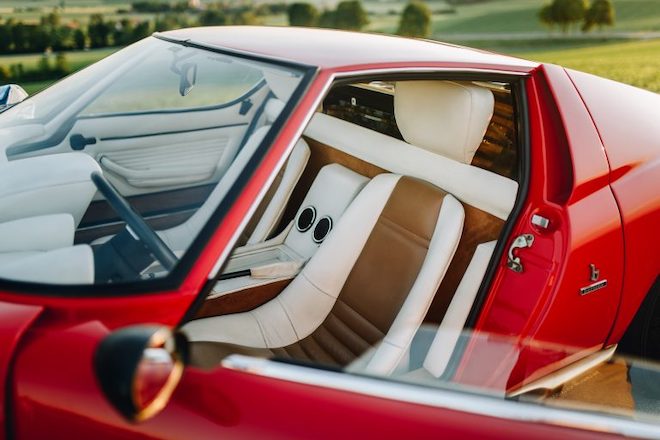 De Mascureau showed the car at the 1997 Concorso Italiano during Monterey Car Week, where it won a glorious first in class. By 2004, De Mascureau moved back to France and 3420 was then registered on French plates ‘512 BFX 06’ and showing 17,396 km on the clock. The car was at a later staged showed at the Palais Princier de Monaco and remained in De Mascureau’s ownership until 2011 when this exemplary Lamborghini Miura P400 was sold to the current owner via a German dealer.

In the last 8 years, the owner of 3420 drove it sparingly and had it regularly maintained by a German Lamborghini specialist. Today, the Miura shows 19832 km and  is very well maintained. All original invoices and service records from the chain of ownership are present. Chassis 3420 is an exceedingly original Miura, boasting the original body numbers and original mechanical components. [Show your interest for Lamborghini Miura P400 at Auxietre & Schmidt]

The post How the Lamborghini Miura P400 challenged Ferrari in 1966 appeared first on LUXUO.